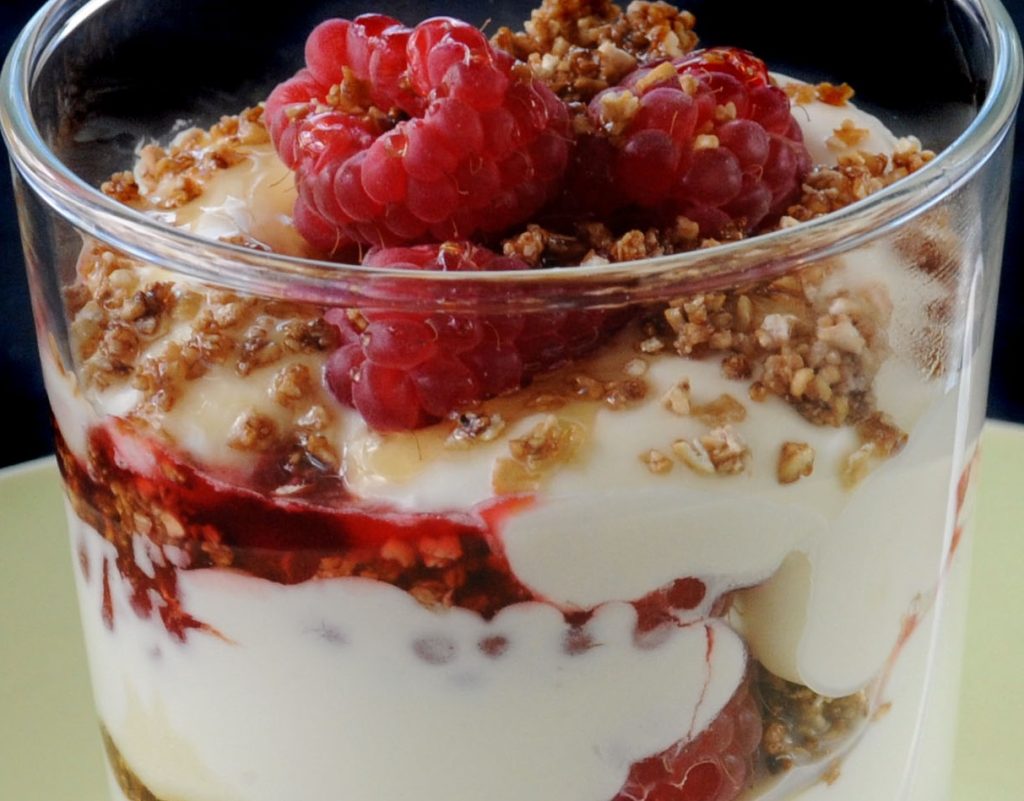 Place a frying pan over a medium heat and when hot, sprinkle in the sugar. Allow the sugar to melt without stirring then turn up the heat. When the sugar has begun to caramelise and turn golden brown, mix in the oats and stir, but don’t allow this to burn! When cooked, tip the oats and sugar onto a large piece of non-stick baking parchment and cool completely. Once cold and solid, break into pieces then grind to a coarse powder in a pestle and mortar.

Whip the cream to a soft peak stage so that it’s thickened but still slightly floppy. Stir in the honey and whisky.

Set a handful of the raspberries aside for decoration and toss the remainder with the Drambuie.

If you’re planning to make this when British raspberries are out of season, use frozen Scottish rasps instead of fresh imports. The flavour will be far superior.