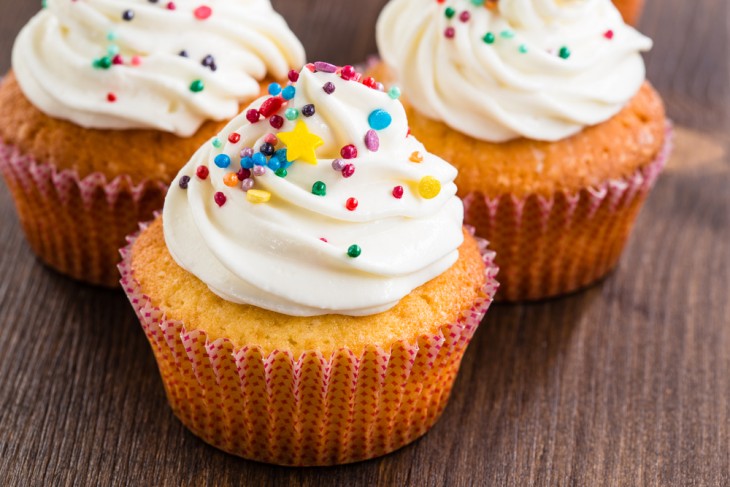 Cupcakes are all the rage at the moment, have fun with your friends experimenting with Graham’s dreamy cupcakes – light and fluffy you’ll be carried off to Cloud 9 with one mouthful.

Put the Graham’s spreadable butter and sugar in a bowl and beat until pale and fluffy.

Sift the flour, baking powder and salt into the bowl.

Beat the eggs, yogurt and vanilla and add to the bowl. Beat until just combined.

Spoon the mixture into the paper cases. Bake for 18 to 20 minutes until risen, golden and firm to the touch.

Cool in the tine for 10 minutes, then transfer to a wire rack to cool completely. Cooking time 18 to 20 minutes.

Buttercream icing: It’s the icing that makes them special. Swirl it on using a piping bag and nozzle – but practice on a plate first.

The icing can be coloured with food colouring. This can be done either when mixing initially or later to only a portion of the icing.

For the whole mix add two drops of food colouring. Add less if only colouring a portion.

For the buttercream icing: