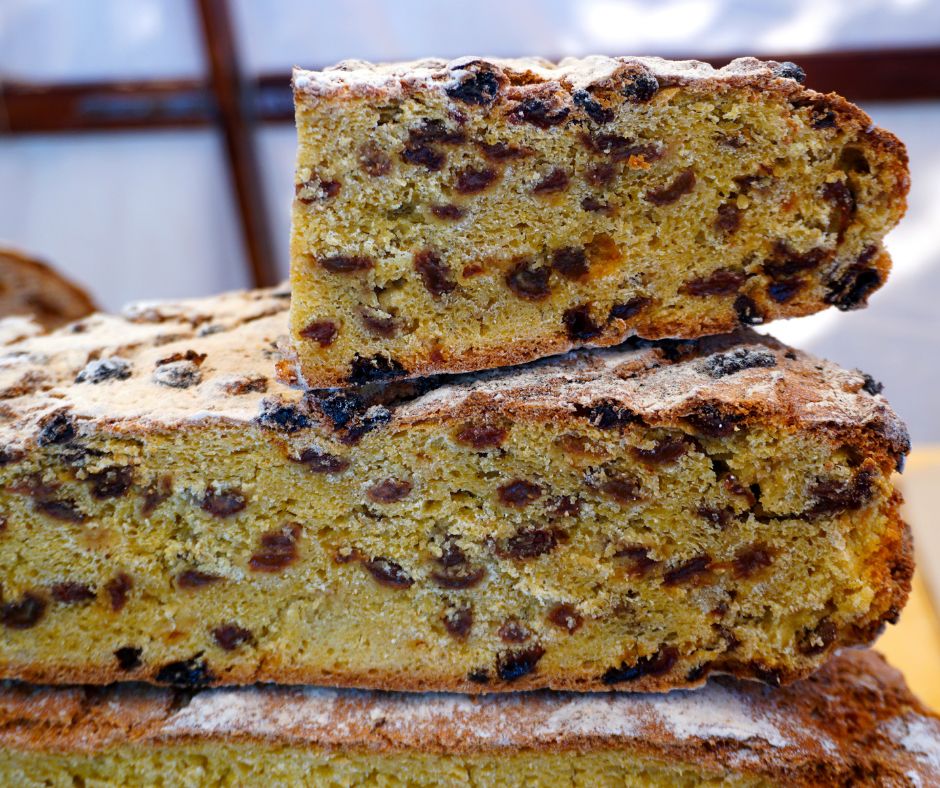 This is one for those of a curious disposition: those of you who won’t be happy to just to give a bread recipe. This is for you, who want to dive in and change your life. Baking bread can make your life better, but you have to let it overwhelm you.

The only way you can release its full potential is to become addicted. The only way to become addicted is the same as for any other pleasure: repeated and positive exposure. If you give a rubbish recipe a half-baked attempt, it won’t be very good and you probably won’t make anything of the same sort again. If you really give a good recipe your very best and it turns out well, you’ll rush in and do it again and again. You’ll want to learn more and more and push yourself as you try new things. As far as reliable introductions go, this is my number one. It used to be that friends would have to seek out rye flour, but now it’s available at nearly every large supermarket. The ancient grain gives the bread a rustic texture and complexity, but there’s still plenty white to give it a light and fluffy texture.

Start by soaking your raisins, in a bowl, in roughly 100ml boiling water or coffee. Do this just before you mix together your dough. If you want to soak them in anything cold, such as booze, it’s best to leave them overnight.

Make your dough. Into a large bowl, weigh your flours, yeast, salt and water, as above. Mix these together using a wooden spoon until you’ve got a rough, sticky dough. You don’t need to knead it. Once it has come together, cover your bowl in cling film and leave it for half an hour.

After this time, drain your raisins using a sieve (or your fingers), and these into your dough. Use your hands to mix the raisins into your dough until they are evenly distributed – this will take a minute or two. Now, re-cover your bowl with cling film and leave your dough for an hour at room temperature.

Flour a work surface, and turn your risen dough out onto it. It should have doubled in size, roughly. Smoosh the dough out a bit flat, then roll it up as tight as you can. Imagine you are making a Swiss Roll, but without any filling.

Place this log of dough on a floured baking tray. You want to leave this for another hour, or so, to rise again. About 20 minutes before you’re going to bake, preheat your oven to 220C/200C fan/Gas 7.

Score your dough by making a light cut down its entire length. This should penetrate the obvious skin, but not make a deep gouge. Place your tray in the oven and pour a half-cup of water onto the bottom of the oven – this steam will help you make a lovely crisp crust.

Your bread is baked after about 40-45 minutes, or when it sounds hollow when tapped on the bottom. Leave to cool before slicing and scoffing. If you leave it a couple of days, it will make the best toast you’ve ever had.

Instead of soaking your raisins in boiling water, try freshly brewed coffee. This doesn’t make your loaf taste like a double espresso, but compounds the darker, roasty tones of the loaf. I imagine soaking them in a nice, dark stout would be even tastier.